The packaging was a cardboard box of 400×400×150 mm with two cases inside. Each case had four lodgements (cradles) consisting of a base, a grid and a gasket (Photo 1).

25 charges were installed vertically bottom up into each base. A grid with bigger holes for easy charge extracting was put above each base with installed charges (Photo 2)

The following tests were carried out:

One stack of six boxes with Booster-PP detonation boosting charges, 200 charges in each box, was tested.

Aluminum sheets of the control screen size were put in three directions from the stack (Photo 5).

Wooden planks were stacked under the grid (Photo 5).

Wooden planks were set on fire from both sides (Photo 6).

As a result of the tests, it was found that major blast, potentially dangerous dispersion of fragments and thermal effects were not observed.

3 boxes, 200 pieces in each box, of Booster-PP detonation boosting charges were tested.

One packaging with Booster-PP detonation boosting charges (Photo 7) was set on a steel plate (Photo 8) lying on the ground. For blast initiation, the electrical detonator (Photo 9) was coaxially connected end-to-end to one charge in the center of the packaging.

After that, the blast was initiated.

The tests were carried out three times.

- the appearance of the box after detonation (Photo 10);

- through penetration of the upper case (Photo 11);

- damaging of the upper part of the lower case (Photo 13).

During further inspection, no external box damages were detected (Photo 14, 15), the check plate was not damaged (Photo 16)

After firing, there were no dents or perforations of check plates under the packaging, no flashes or flames to fire nearby materials, no damages of external boxes causing explosive spreading, no complete ruptures of boxes as a result of contents discharge. 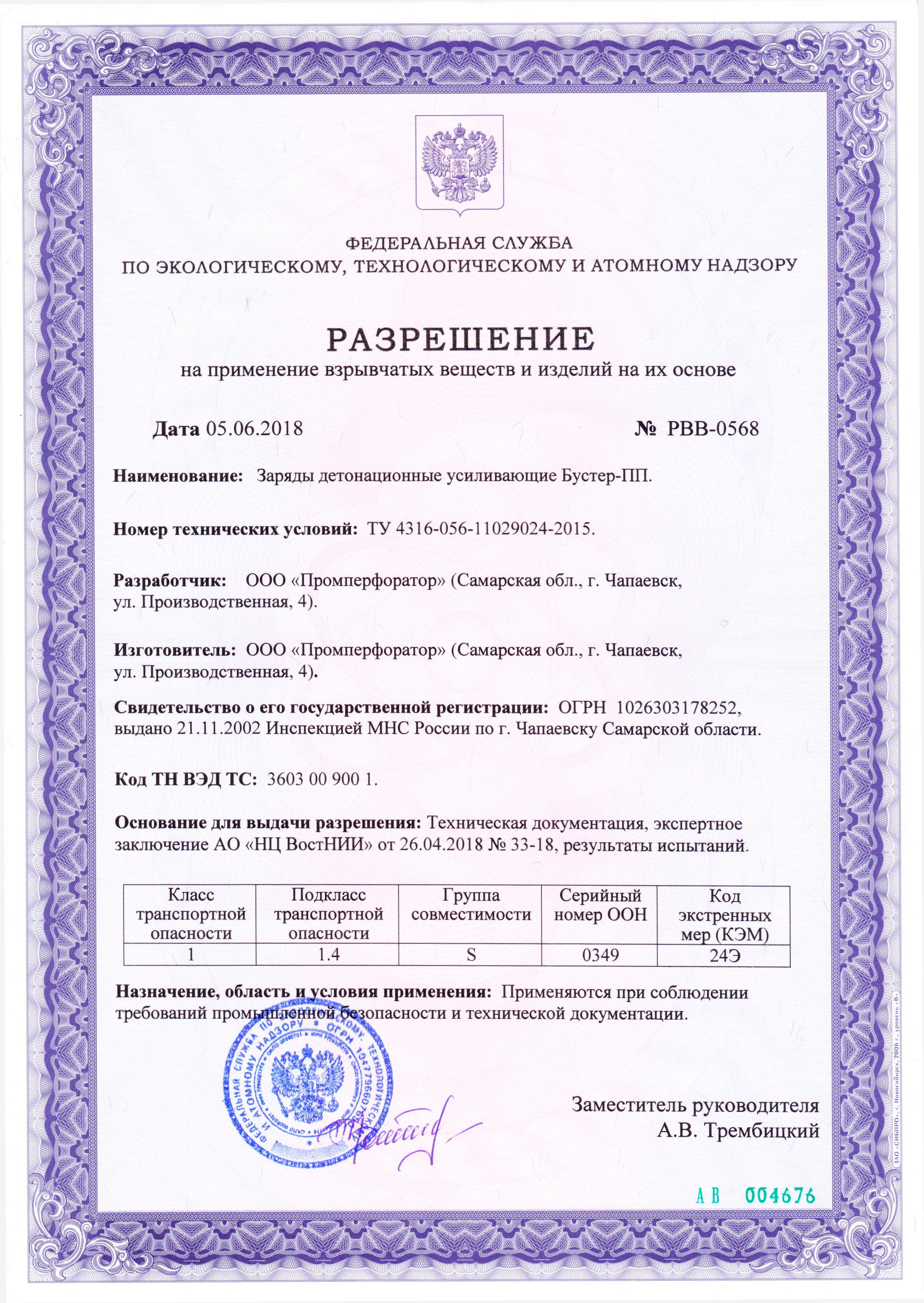